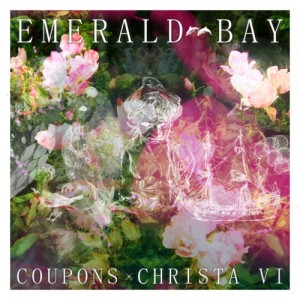 It’s been a while since I’ve blogged on here, but for all those non-facebookers here is a lil’ update of Christa Vi happenings….

So after my first ever label release of BOY with Box of Wolves on Electronic Rumors I’ve been busy writing and collaborating with a few other producers and songwriters over the summer. Plus a few gigs here and there – I got the band together again for BeachBreak in Cornwall, but mainly I’ve been focussing on writing and recording so that elusive album can get finished (it’s getting there I promise!).

In July a tune called Tremulous I wrote with prolific Australian alt-folk songwriter Ben Salter was released as part of his ‘European Vacation’ EP. The EP is a collection of songs he wrote with people he met on the way around Europe, one of which was me! It was a great experience to write with such an amazing songwriter as Ben and also a suprise that we recorded it largely on his travelling IPad studio in one sitting! Definitely a first for me – learning to shed my perfectionist ways to capture a moment was a great lesson to learn…..

Look out for a video which will be on YouTube next week when the track is released as the next single on ABC Music in Australia. The track is already available as part of the EP on Itunes (Australia, UK, USA etc…)

And carrying on with the Aussie theme, a track I wrote with Sydney NuDisco dudes Coupons was out this week as a free download on their soundcloud. It’s summery and tropical just in time for yachting around in the Australian sunshine and great for forgetting how dark and wet it’s getting here in the UK.

So MORE free music for you, dear followers. Get IN: